Dinosaurs are a popular topic for many young readers and there are a confusing array  of  titles on the market. We found some of the gems that deserve consideration for this list. 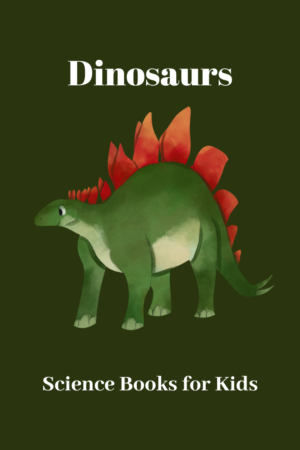 Note: This post contains Amazon Affiliate links to provide covers and quick access to more information about the book. If you click through and choose to buy a title, I will receive a small commission at no extra cost to you.

For another list that features those who study dinosaurs, see STEM Tuesday.

Follow the action of different kinds of baby dinosaurs, each with textured and colorful patches to feel. It is a tactile adventure!

Explores dinosaur diversity with admirable simplicity. My STEM story time participants could guess what many of the dinosaurs were (they are unnamed in the text). They wanted to hear all the scientific names of the ones they didn’t know, which are given in the last spread of the book. Great choice for preschoolers.

This older favorite is actually more about opposites than about dinosaurs, but learning opposites is an important STEM skill.

Delightful combination of hide-and-seek and counting book, this is fun to read again and again.

1-2-3 Dinosaurs Bite by the American Museum of Natural History and illustrated by Steve Jenkins.

Explore the world of dinosaurs by finding out which record-breaking dinosaurs had:
• The toughest armor
• The sharpest eyesight
• The biggest belly
• The spikiest tail
and more!

Discusses current theories about dinosaurs as well as introduces some of the different kinds.

Gail Gibbons has two nonfiction picture books for youngsters. Dinosaurs! is the version for preschoolers. The next book, Dinosaur Discoveries, is for older readers.

Unique presentation that groups dinosaurs by families. For example, the ceratopsians are shown on a two-page spread, including the familiar Triceratops, but also Torosaurus, Protoceratops, Pentaceratops, etc. Allows children to see how the different members are similar. Additional information in the back matter, and a map of places fossils have been found in the end papers.

Gail Gibbons has two picture books for youngsters. Dinosaurs! (above) is the version for preschoolers. Dinosaur Discoveries is for older readers.

The Truth About Dinosaurs by Guido van Genechten

Narrated by a talking chicken, and featuring dinosaurs on scooters and bikes, The Truth About Dinosaurs wanders into the realm of informational fiction. Still, it is a delightful, fun, imaginative introduction to the idea that birds and dinosaurs are related.

As the chicken says,

Obviously I’m a dinosaur. Look at my feet. These are dinosaur feet, right?

How Big Were Dinosaurs? by Lita Judge

The illustrations feature people and modern animals next to different kinds of dinosaurs to help put their different sizes into clearer perspective. Starts with Microraptor, which was about as big as a chicken.

Because this is an older book, the biggest listed is Argentinosaurus. Now we know Titanosaur (the next book in the list) was even bigger.

Everything about this book is huge (and hugely impressive):

For the hardcore dinosaur enthusiast, this book explores a number of dinosaurs that were thought to have feathers. Readers will be astonished how much some of them look like birds. The illustrations are not brightly colored or cute, but instead are as scientifically accurate as possible.

Not About Dinosaurs, but Related

I Am NOT a Dinosaur! by American Museum of Natural History, Will Lach, and illustrated by Jonny Lambert

There are any number of weird creatures that lived and went extinct long ago. How can you tell whether they were dinosaurs? With dynamic paper collage illustrations and a succinct but descriptive text, the reader learns that animals from a saber-toothed cat to a plesiosaur were not dinosaurs. The last spread shows a few of the most common dinosaurs for comparison.

Although the dinosaur craze generally hits around preschool or the early elementary years, there are plenty of books for older readers who are interested in becoming paleontologists.

With 10 fold-out pages, this book from the American Museum of Natural History has a lot more information than first meets the eye.

Scaly Spotted Feathered Frilled: How do we know what dinosaurs really looked like? by Catherine Thimmesh

Shows how scientific illustrators decide what dinosaurs looked like when drawing or painting them. It’s a question young readers ask and the answers are fascinating!

Looking for books and science activity suggestions for older kids? Check out these at STEM Tuesday.